Profit and tax in Denmark 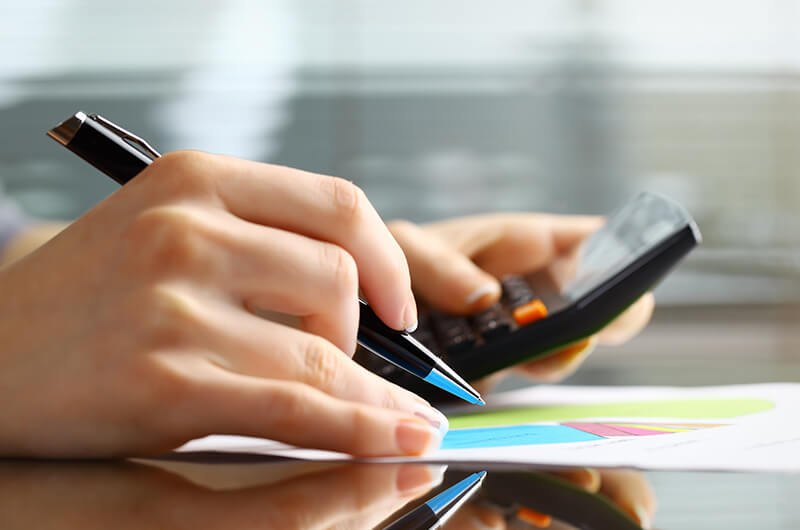 Profit and tax in Denmark

Page 8. “Profit and Tax in Denmark”

Foreign companies can be subject to limited tax liability either through a branch or a permanent establishment or through withholding taxes on certain types of Danish source income.

Danish branches and permanent establishments of foreign companies are taxed under the same rules and rates as Danish resident companies.

Taxable  income  –  including  capital  gains  –  is  normally subject to a corporate tax of 25%. The tax rate is  identical  for  public  limited  companies,  private limited companies and permanent establishments.

Certain types of payments to non-residents are subject  to  Danish  withholding  tax,  which  may  be  reduced according to a double taxation treaty.

Dividends paid to a parent company in another EU Member  State  or  a  state  with  which  Denmark  has a  double  tax  treaty  are  exempt  from  withholding tax  provided  that  the  shares  qualify  as  subsidiary shares. The same applies to dividends paid on group shares (that are not also subsidiary shares, i.e. holdings below 10%) provided that the recipient company is resident within the EU/EEA.

Dividends  paid  on  portfolio  shares  to  a  foreign shareholder  are  normally  levied  a  withholding  tax of 28%. A change in law has reduced the rate to 27% with effect from 2012.

Interest is generally not subject to withholding tax unless  paid  to  a  foreign  group  member  company that is tax resident outside the EU and outside any of the states with which Denmark has concluded a tax treaty. In this situation, interest withholding tax is  levied  at  25%.  Certain  other  exemptions  apply, mainly relating to CFC taxation (see page 29).

Royalties  are  subject  to  a  25%  withholding  tax.  In most  cases,  the  payer  may  reduce  its  withholding in accordance with the tax treaty applicable to the payee. Also, the EU Interest/Royalty Directive may provide  an  exemption  from  withholding  tax  if  the payee  is  an  immediate  parent,  sister  or  subsidiary company resident in the EU.

Gains and losses realised on the sale of tangible and intangible  assets,  including  goodwill,  are  generally included in taxable income. However, gains realised on  the  sale  of  shares  are  taxexempt  if  the  shares qualify  as  either  “subsidiary  shares”  or  “group shares”.

“Subsidiary shares” are shares held by a corporate shareholder  that  holds  a  minimum  of  10%  of  the share  capital  in  a  subsidiary  that  is  located  in  the EU, the EEA, or a country with which Denmark has a double taxation treaty.

“Group shares” are defined as shares in companies with which the shareholder is jointly taxed or might be jointly taxed.

Profit and Tax in Denmark

financial year are owned by shareholders different from those that held control at the beginning of the income year in which the tax loss was incurred.

Similarly, under certain circumstances, tax losses are cancelled if a Danish company receives a debt forgiveness or is the subject of a comparable transaction. However, there are numerous exceptions (e.g. intercompany transactions).

The consequence of CFC taxation is that the Danish holding  company  is  taxable  of  a  pro  rate  share  of the  Danish/foreign  company’s  income,  irrespective of the rules in a double taxation treaty, if any.

A  mandatory  joint  taxation  regime  obliges  all  Danish resident companies and Danish branches that are members of the same domestic or international group to file a joint group tax return. The definition of  a  group  generally  corresponds  with  the  definition  of  a  group  for  accounting  purposes.  The  tax consolidated income is equal to the sum of the taxable income of each individual Danish company and branch that are a member of the consolidated group.

A non-Danish subsidiary may be included as a member of a Danish tax grouping provided that the group includes all of its foreign companies and branches in  the  Danish  tax  grouping.  In  effect,  this  all-ornothing provision rules out the possibility for major international groups to have their Danish subgroup file a Danish group tax return that includes only certain “cherry-picked” (typically loss-making) foreign group members.

Tax  returns  are  completed  on  the  basis  of  audited financial accounts with adjustments for tax. Tax returns should be filed no later than six months following the end of the accounting year. Corporations with an accounting year end that falls in the period from January 1 to March 31 shall file a tax return no later than 1 August in the same calendar year.

Corporate income tax shall be paid on a current year basis in two equal instalments due on 20 March and 20 November. The authorities request payments of 50% of the average of the last three years’ final income tax. In addition, voluntary additional payments may be made at the same dates; such voluntary payments are adjusted by 0.7% when set against the final tax bill.

Individuals are subject to full tax liability when they (1) take up residence or (2) stay in Denmark without taking up residence when the stay exceeds six consecutive months interrupted only by short stays abroad (and then as from the day of arrival). An individual  subject  to  full  tax  liability  in  Denmark  is taxed on his worldwide income and gains received or accrued.

Individuals  are  subject  to  limited  tax  liability  on Danish-source income.

All  remuneration  from  employment,  whether  in cash or in kind, is subject to tax when the employee has obtained a legal right to the remuneration, regardless of where payment is made and regardless of whether remitted. The liability extends to any living or housing allowance and any reimbursement of  tax  or  other  personal  liability,  whether  paid  directly to an employee or borne by the employer on the employee’s behalf.

An  employee  may  be  entitled  to  deduct  travelling expenses, subscriptions to professional associations, necessary  business  literature,  tools  of  trade  etc.  (if exceeding DKK 5,500 per calendar year).

An individual subject to full tax liability can deduct all interest paid and contributions or premiums paid under certain pension schemes with a Danish pension fund or insurance company.

A  personal  allowance  of  DKK  42,900  (in  2010)  is granted with the effect of reducing income tax payable at ordinary rates. The allowance is granted to each individual, but where a spouse cannot utilize the whole personal allowance, the balance is transferred to the other spouse.

Income and allowances are divided into three categories:

Church tax (members only) will be imposed at a flat rate dependent on the municipality in question. The country average is 0.7%.

An individual resident in Denmark is entitled to deduct foreign income taxes paid or accrued on foreign source income from the Danish tax payable up to a maximum of Danish tax paid on the part of the taxable income which is foreign-source income.

Husbands  and  wives  file  separate  returns  for  the income year. Taxpayers receive a preprinted tax return in March, containing information that the tax authorities  have  already  obtained  from  employers, financial institutions etc. If the tax return is not correct, it shall be corrected, signed and filed no later than 1 May.

Taxpayers with more complicated tax returns (most expatriates) shall file tax returns no later than 1 July.

The tax year for individuals is the calendar year.

It  is  required  that  employers  withhold  income  tax from salaries paid out (“A-tax”). For other types of income, an advance tax (“B-tax”) has to be paid in ten equal installments during the income year.

Denmark applies the system of VAT established by the European Union.

Denmark imposes VAT on imports and taxable deliveries of goods and services at a rate of 25%.

A number of business activities are exempted from paying  VAT.  The  most  important  ones  are  within: hospitals, medical and dental care, insurance, banking and certain financial activities.

Page 8. “Profit and Tax in Denmark”