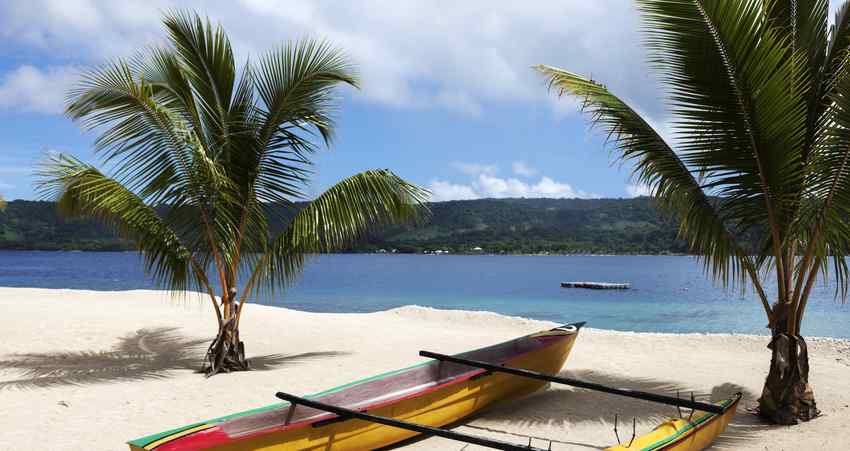 If you are interested in investing in Vanuatu, below you can find all types of  Vanuatu Investment Vehicles.

Companies set up under this Act to do offshore work are known as exempted companies, with local companies undertaking domestic work. An exempted company is one whose business is carried on outside Vanuatu although, provided there is no trading within Vanuatu, this can include matters directed from Vanuatu. Local companies are permitted to carry on business in Vanuatu and are required to make full returns, although their accounts need not be audited if their annual turnover is less than approximately US$200,000.

It is possible to reserve names, but names may not be used where they inappropriately suggest a financial institution or a connection with an official government department or are similar to or the same as an existing company.

One copy of the proposed constitution must be submitted to the Financial Services Commission. Separate articles are not necessary. The company can have the ? Limited? or an abbreviation thereof in any language. There need only be one incorporator under the constitution who need not be a shareholder. The government fee of US$150 is paid on formation and the annual government fee of US$300 is payable on 30 June each year (reduced to US$150 if the company was not in existence the previous 31 December).

Pre-incorporation contracts may be ratified by an international company upon incorporation.

Complete flexibility with shares which may take any form or as an alternative there need not be a share capital. A company may purchase its own shares and may also cancel them, so long as at least one shareholder remains who is not the company itself.

A minimum of one member is required, and he/she/it may be of any nationality.

The company may choose whether or not to have officers other than one director, who may be a corporation, and can be resident anywhere.

It is not necessary to have a physical annual general meeting. The directors can meet by any means anywhere in the world.

The accounts may be kept anywhere in the world, but must be brought to Vanuatu if the Commissioner directs. There is no annual return. An annual certificate is required certifying:

The confidentiality of international (and exempted) companies is provided for in two ways:

In certain circumstances, information about the Vanuatu Companies can be shared with authorities in other countries.

(x) Distribution of assets and dissolution

A company may at any time pay dividends out of capital or gift assets to third parties, so long as the company remains solvent.

Vanuatu companies may re-domicile to another jurisdiction. It is also possible, where the current law governing the company does not preclude it, for a non Vanuatu company to re-domicile to Vanuatu. The shareholders must agree and the creditors must not be prejudiced. An approval for re-domiciliation is good for three years.

Local and International insurance companies including Captive, Intermediaries, Managers and Re-insurers may be set up under the Insurance Act 2005 & Insurance Regulations 2006 and the Protected Cell Company Act 2005.

Applications are dealt with by the Commissioner. Evidence of beneficial ownership, financial standing, experience of the managers and a business plan must be submitted.

English law of general applicability that applied as of 30 July 1980, including legislation based on the UK Perpetuates and Accumulations Act 1964, is applicable. One possible disadvantage is that the rule against accumulations beyond 21 years may cause problems for some long‑term discretionary settlements. The perpetuity period is lives in being and 21 years or 80 years.

Trusts are not publicly registered although there is a stamp duty payable on the instrument constituting them. The stamp duty relates to the value of the property put into the settlement by instrument (0.5 per cent subject to a minimum of Vt7,500).

New legislation has yet to be passed to provide measures for: (a) the exclusion of foreign forced heirship; (b) asset protection; (c) recognition of the proper law of trust and the abolition of the rules against perpetuates and accumulations. Investor protection: setting up banks and investment vehicles.

An international bank must only undertake offshore work. However it may do business in Vanuatu either with other exempted banks or in a manner that is incidental to offshore business. An international bank is free from many of the conditions that normally apply to onshore banks. The principal attributes are:

An international bank must use the word ?bank? or an equivalent to indicate its activities. Whilst the above relaxed requirements apply where a recognised international financial institution is to be the beneficial owner of the offshore bank, higher criteria are applied where the owner cannot be so described.

In such a case a higher paid up capital may be required and in addition references will be required as well as evidence that the bank will be run by competent persons of probity who are suitably experienced in the running of such institutions. In order to evaluate this information full details of the intended activities of the bank are required, including a business plan.

There has been a policy of not granting licences to banks that intend to provide chequing facilities for members of the public. There are currently approximately seven licensed International banks.

Except where an exempted company is trustee for only one particular trust, professional trust business, including acting as an executor and administrator of estates, comes under the Trust Companies Act (Cap 69). Trust companies must be licensed and must have a sufficient paid up capital (US$125,000 if incorporated in Vanuatu, otherwise US$500,000). In addition, full details of those running the company and of the beneficial owners must be with suitable references. The trustee must have the minimum paid up capital.

Legislation (the Prevention of Fraud (Investment) Act (Cap 70)) exists for dealers in securities.

Separate pieces of legislation have also been introduced to establish mutual funds (Mutual funds Act No. 38 of 2005) and the creation of unit trusts (Unit Trust Act No. 36 of 2005).

Fund managers must be resident in Vanuatu.

The Vanuatu Financial Services Commission administers the licensing regime. The Act gives the Commission powers to effectively supervise the operation of mutual funds.

This Act provides for the registration of Unit Trusts and the licensing of unit trust managers. A unit trust is an investment scheme established under a trust deed that allows investors to buy units in the trust. The units entitle the unit holders to participate in the income, profits and gains arising out of the acquisition, holding, management or disposal of all kinds of property. The property is held on behalf of the unitholders by a trust company. Unitholders can redeem their units by selling them back to the trust. Unit trusts are an accepted form of investment in many jurisdictions. The Act protects investors by allowing only registered unit trusts to operate, and by requiring managers of unit trusts to be licensed. The Vanuatu Financial Services Commission administers the registration and licensing regime and the Act gives the Commission powers to effectively supervise the operation of unit trusts.

There is no exchange control.

Vanuatu has no income tax, capital gains tax, tax on wealth, estate duty or inheritance tax. An international company is granted by statute a 20 year exemption from taxation on the condition that it remains solvent.

As Vanuatu does not have income tax, there are no double taxation agreements.